St. Patrick’s Day is celebrated every March 17th as a way to pay homage to the patron saint of Ireland. The day originally started out as a religious holiday, but has evolved through the years to become a way for people around the world to celebrate Irish culture.

While St. Patrick’s Day celebrations will once again be a little different this year due to the coronavirus pandemic, with parades officially cancelled in American cities such as Chicago, Boston, and Philadelphia, it’s important to make sure that this Wednesday, March 17th still remains a day to celebrate all things Irish. So, let’s take a closer look at the history and traditions of this beloved Irish holiday.

THE HISTORY OF ST. PATRICK’S DAY

St. Patrick was born in Roman Britain in the late 4th century, but was kidnapped and taken to Ireland as a slave when he was 16-years-old. He escaped, but eventually returned to convert the Irish to Christianity. Prior to his passing on March 17, 461, he established monasteries, churches, and schools in Ireland.

St. Patrick then went on to become a legendary figure before the end of the 7th century. Two of the most popular legends involving St. Patrick are that of the shamrock, which has him explain the concept of the Holy Trinity – three persons in one God – to an unbeliever by showing him the three-leaved plant with one stalk, and the other is that he drove the snakes out of Ireland and into the sea to their destruction. St. Patrick himself also wrote that he raised people from the dead.

People in Ireland have been observing the Roman Catholic feast day of St. Patrick on March 17th since around the ninth or 10th century. While you would assume that the first St. Patrick’s Day parade would take place in Ireland, it actually occurred on March 17, 1601 in a Spanish colony in what is now St. Augustine, Florida.

On March 17, 1762, homesick Irish soldiers who were serving in the English military marched in New York City to honor St. Patrick. This parade took place fourteen years before the signing of the United States Declaration of Independence. From there, the growth of Irish patriotism among American immigrants led to the rise of “Irish Aid” societies, with the individual groups holding annual parades, which featured bagpipes and drums. Enthusiasm for St. Patrick’s Day parades in other early American cities such as Boston, Chicago, and Philadelphia only grew from there.

The New York City St. Patrick’s Day Parade has become the world’s oldest civilian parade and the largest in the United States with over 150,000 participants (prior to 2020 when the New York City parade had to be cancelled as a result of the COVID-19 pandemic.) In years when the New York City parade can take place, around 3 million people line the 1.5-mile parade route to watch the procession, which takes more than five hours. This year’s 260th St. Patrick’s Day parade in New York City will be largely ceremonial and very low-profile, with only a small group of people walking up Fifth Avenue at an unannounced time early in the morning.

The color green was introduced to St. Patrick’s Day festivities in the 18th century when the shamrock became a national symbol for Ireland. Due to Ireland’s landscape, which is filled with green leafy trees and grassy hills, and the shamrock’s popularity, the color stuck to the holiday.

Many people wear green on St. Patrick’s Day since folklore says that wearing green makes you invisible to leprechauns, which like to pinch anyone they can see. There are also people who wear green on the holiday for good luck, while others wear the color to honor their Irish ancestry or support friends and colleagues who are Irish. As of 2019, over 30.4 million, or 9.2% of U.S. residents, claim Irish ancestry.

Even the Chicago River gets dyed green every St. Patrick’s Day. This practice began in 1962 when city pollution-control workers used dyes to trace illegal sewage discharges and realized that the green dye could be a unique way to celebrate the holiday. In 1962, the city released 100 pounds of green vegetable dye into the river, which was enough to keep it green for a week. Today, only 40 pounds of dye is released in order to minimize environmental damage. However, this amount is still enough to turn the river green for several hours.

Another tradition for many Irish-American people in the United States is eating corned beef and cabbage on St. Patrick’s Day, even though the more traditional dish in Ireland is usually lamb or bacon.

Irish soda bread is another food that is often eaten on St. Patrick’s Day. While Indigenous Americans originally pioneered the food that would become Irish soda bread, it became popular in Ireland in the mid-1880s when the country struggled financially and people needed a meal that was filling, simple, and inexpensive.

Many Catholic churches around the world have religious services to commemorate St. Patrick’s Day. Usually occurring in the middle of Lent, St. Patrick’s Day was considered a break from fasting for Catholics in Ireland, allowing them to enjoy meat, treats, and alcohol, even though the day only became a national holiday in Ireland in 1903, and pubs were not allowed to be open on March 17th until 1973.

Since 1991, Irish-American Heritage Month has been celebrated every March in the United States with the president issuing a proclamation commemorating the occasion each year.

Showcasing Ireland And Irish Culture To The Rest Of The World

St. Patrick’s Day was traditionally a religious holiday in Ireland, with Irish laws even mandating that pubs be closed on March 17th up until the 1970s. However, starting in 1995, the Irish government began a national campaign to use interest in St. Patrick’s Day as a way to drive tourism and showcase Ireland and Irish culture to the rest of the world. 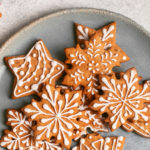